Barcelona, the capital of Catalonia and Spain’s second largest city, is unrivaled. It’s one of only a handful of must-see cities with a distinct personality. This is due in part to a generation of early twentieth-century painters and architects, such as Antoni Gaudi, whose iconic structures are unlike anything else on the planet.

Barcelona, a cosmopolitan city on the Mediterranean Sea coast, is a celebration of urban design, food, variety, nightlife, and seaside lifestyle, all sandwiched between two mountains, Montjuc and the rising Tibidabo. In this metropolis of roughly 2 million people. There is often so much going on that it feels much larger than it is. Here are some pointers to help you make the most of your time in Spain’s second metropolis. 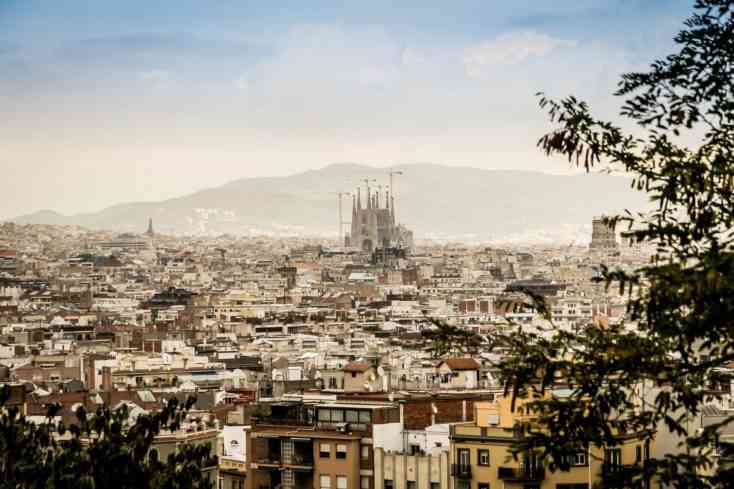 Best things to do in Barcelona

The Sagrada Famlia will leave you speechless

Antoni Gaudi is Catalonia’s most famous architect, and it is his life’s work. Sagrada Familia is a must-see attraction. To appreciate the roughly 140 years of labor that went into creating this very odd basilica. It’s impossible to visit Barcelona without admiring the city’s contrasted façades, sculpted detailing, and stained glass.

Though simply strolling past the building will inspire you, you’ll want to go inside to see everything that has been accomplished over the last two decades. Check out the crypt as well, where Gaudi is buried. For more details check it website! 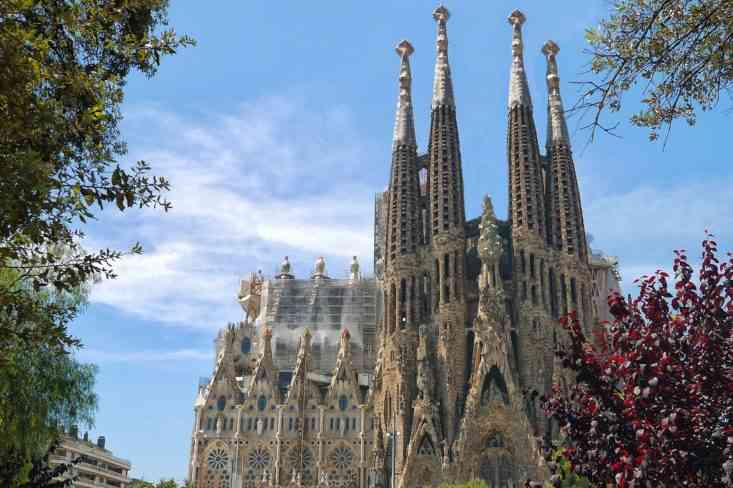 Visit this garden complex on Carmel Hill to round out your Gaud experience.

Many people visit this section of Gràcia for the stunning views of Barcelona from the park’s main terrace.

These serpentine benches and their mosaics have appeared on postcards and in films.

Colonnades, fountains, and statues, all in the architect’s distinctive design, can be found elsewhere.

If you still haven’t had your fill of Gaudi, you may visit his House-Museum. It houses furniture and ornamental objects designed by him and was where he lived from 1906 until 1926. 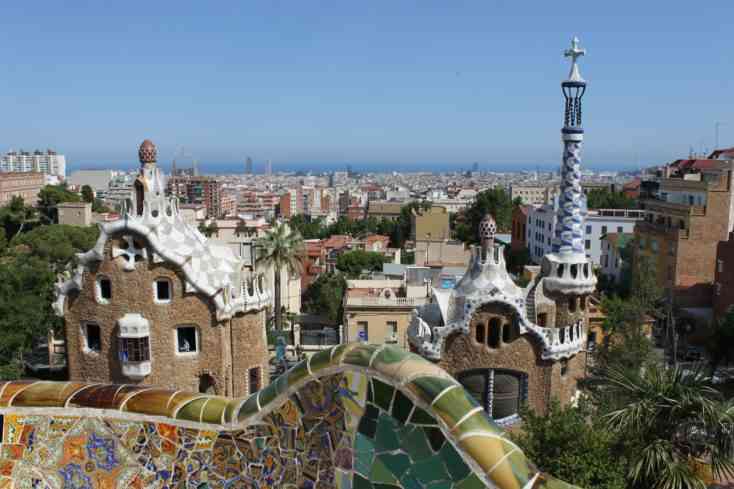 Gràcia Village is worth a visit.

One of Barcelona’s most fashionable neighborhoods is also one of the city’s best-kept secrets. Few tourists visit Gracia, if they even know it exists. It was once a separate village on the outskirts of Barcelona, but it was engulfed by the city’s expansion at the end of the nineteenth century.

Nonetheless, it has kept its small-town atmosphere over the years, and it is now a blend of a quaint, traditional Catalan town and a trendy area populated with artists, creatives, young people, and families. 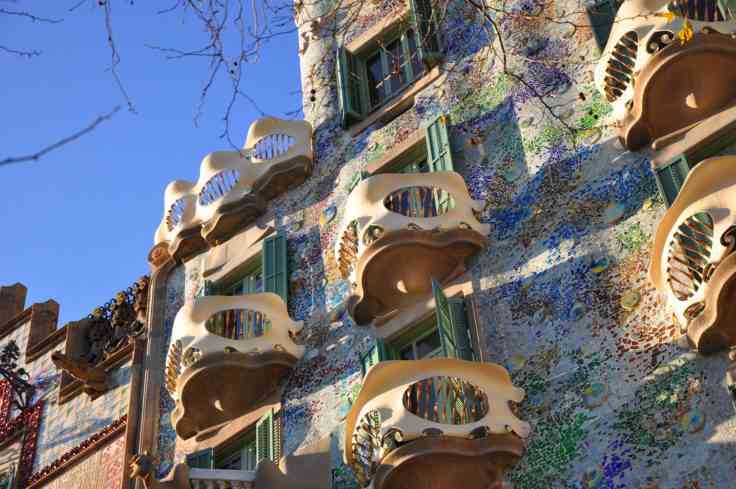 The National Museum of Catalan Art, the Museum of Archaeology, and the Ethnology Museum are among the institutions in this city district, which was built for the 1929 International Exhibition.

The art museum stands out among them, and the views of the city from its steps are breathtaking.

The Magic Fountain, which was also built for the exhibition, is located below it and features light and music events every half-hour on weekends. Of course, this is best seen at night.

The 17th-century castle at the very top of the hill saw action during the Catalan Revolt in the 1600s as well as during the Civil War in the late 1930s, following which it was used as a prison. 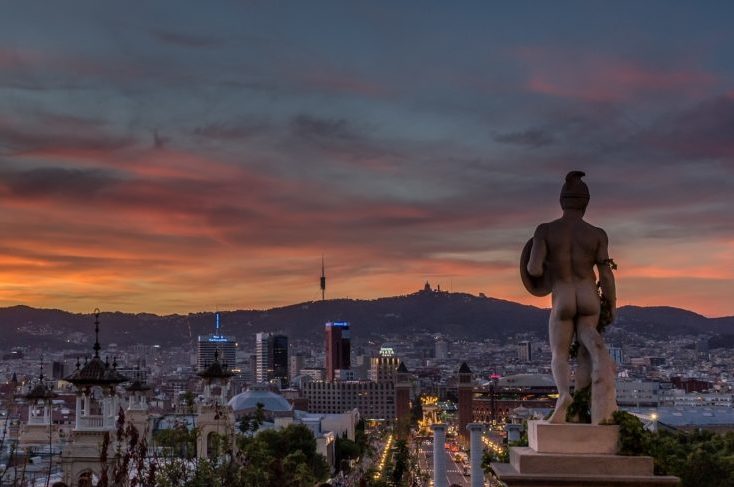 Barcelona’s beaches are ideal for relaxing in the sun.

Within Barcelona’s city borders, there are 4.5 kilometers of beachfront, offering you lots of alternatives and plenty of beach time.

You might want to reconnect with nature, play volleyball, swim in the Mediterranean, or engage in any number of activities like surf. Perhaps you simply don’t want to return home without the ideal tan.

Many of the city’s beaches include beach bars (called chiringuitos) where you can sit in the shade and enjoy a cool snack and a refreshing cocktail while avoiding the sun. They transform into amazing tiny party places at night, with great music and even better ambience. 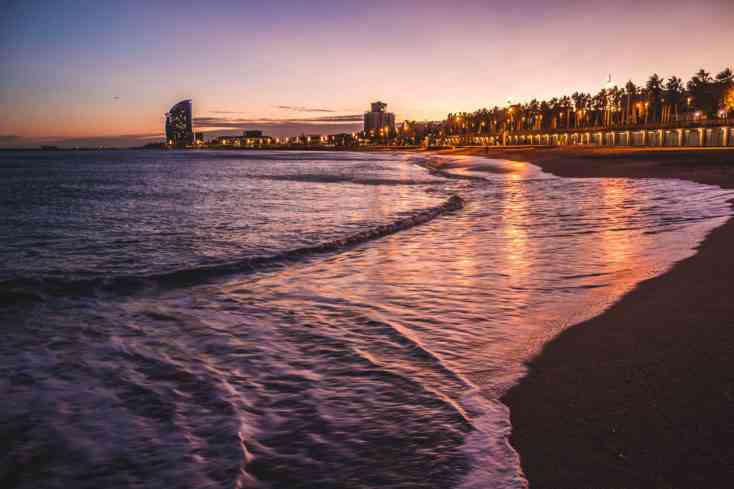 At La Boqueria Market, you can buy fresh local produce

It is the most well-known municipal market in Barcelona.The colors of the fresh food, the aromas of the open kitchens, the hollers of the boisterous merchants, the feel of customers thronging about you, and the tastes… of pretty much everything you get your hands on will all dazzle you.

If you’re lucky, you’ll be able to elbow up to one of the bars. And have a meal crafted with produce that doesn’t get any fresher. Quim de la Boquera, Bar Central, and Bar Pinotxo are all good options.

Discover Barcelona through its cuisine. In Barcelona we must eat mainly traditional Catalan food whose basic ingredients are those of Mediterranean cuisine: vegetables, fruits, olive oil, fish and seafood, meats. Catalan restaurants usually offer a menu “mar i muntanya”, that is a menu that includes dishes with seafood and others with mountain products. Another classic Catalan cuisine is the rice as paella, but here they take many forms, such as rice with seafood, fish, cod, meat..

Learn a Few Phrases in the Local Language

In Barcelona, Spanish and Catalan are both co-official languages. Despite the fact that they share common roots and are comparable in many ways. It’s vital to highlight that their differences extend far beyond linguistics. Catalans are extremely proud of their language and culture, and you’ll hear and see Catalan everywhere in the capital.

If you can get by in Spanish, that’s fantastic because almost everyone speaks it. Learning and using a few simple Catalan phrases, on the other hand, can truly help you make friends with the locals.

Purchase tickets to all of Barcelona’s biggest attractions in advance.

While we’re on the subject of visiting Gaud places across the city, keep in mind that if you want to see several of Barcelona’s main paid attractions, you’ll need to buy your tickets ahead of time.You’ll not only get a skip-the-line bonus, but you’ll also be able to visit on the day and time of your choosing

Bring a universal travel adaptor with you.

If you’re traveling from anywhere other than continental Europe, you’ll almost certainly need to bring a universal travel adapter. In order to keep all of your equipment charged while on the road! To avoid being taken off guard, invest in an universal adaptor.

Have cash on you at all times!

Many places in Spain (particularly smaller ones like corner convenience stores and independent coffee shops) do not accept card or only accept card if the payment is over a certain amount. Ssuch as €10 or €15.

As a result, keep some cash on you at all times to pay for little purchases. Such as books, sandwiches, or coffees. ATMs can be found all around the city, however be cautious of pickpockets when opening your bag.

When Should You Visit Barcelona?

Barcelona is a year-round destination, but the best periods to come are late spring/early summer (May/June) and fall (September/October). The weather is always pleasant, with endless blue skies and a minor lull in tourist flow. Spring temperatures hover about 20°C), while fall highs hover around 23°C.

The hottest months to visit are July and August, with daily temperatures exceeding 28°C . Although it can be really hot, you can cool off at the beach. However, it is peak tourism season, and the city is overrun with visitors, particularly European vacationers and cruise ship passengers.

Summer in Barcelona is undeniably energetic and entertaining, but the crowds can be difficult to manage.

If you need more information or have any request, please contact us in info@alsherry.com or in our website and we will arrange everything for you!!