It’s simple to see why visiting Gibraltar, a tiny British enclave, might be appealing. Not only does Gibraltar provide the unique opportunity to experience a small slice of British life in the midst of Spain, but it also boasts the awe-inspiring Rock of Gibraltar, which is guaranteed to make an impression. A trip to this tiny place would not disappoint those who enjoy history or breathtaking panoramas.

One of the good things about Gibraltar is that you can see a lot of the sights in a short amount of time. If you know what you’re doing, you can see most of Gibraltar’s top attractions in only one day of sightseeing. It is important to plan ahead. 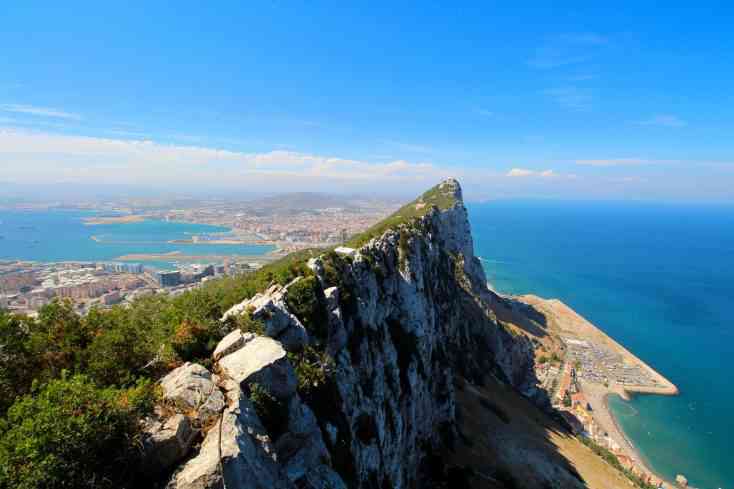 Things to know before going to Gibraltar

What to do there in 1 day

Hike the Gibraltar Rock or take the Cable Car up to the Rock to see the monkeys. Gibraltar is not well-known as a vacation destination, but it is well worth visiting. Many people are unaware that you may visit Gibraltar’s beaches and enjoy the sunshine.

Gibraltar is a truly unusual location. There aren’t many places on the planet where you can say you’re in the territory of another country, speaking and acting as if you’re from that country.

Climb the top of the Rock

The Rock is, without a doubt, Gibraltar’s most popular attraction. The Rock is a sharply crowned 426-meter-high limestone rock. The Barbary Macaques live on the famous shaped rock, which attracts visitors from all over the world. The views from the summit of the Rock are breathtaking, offering views of both Spain and Morocco. Imagine being able to glance at both countries without having to move a single step! 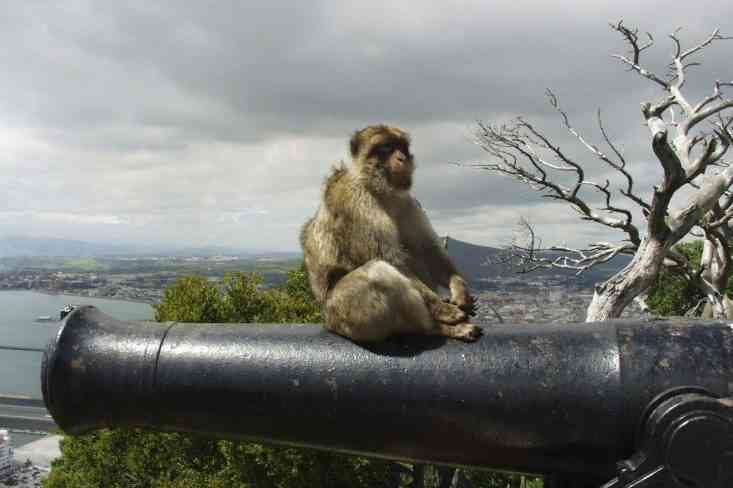 However, there is much more to see in the city center, so head south down Main Street through the heart of the city. There are numerous businesses and boutique stores along Main Street, as well as sights such as the Cathedral of Saint Mary the Crowned and the Governor’s Residence, as well as quaint touches like the red ER Royal Mail post boxes outside the Royal Gibraltar Post Office.

Gibraltar’s Moorish Castle, located just up the hill from the city center, is a historical landmark that may have previously piqued your interest. The castle’s history extends back to the eighth century Moorish occupation, albeit only a few portions of the castle have survived to this day. The Tower of Homage and the Gate House are the main sights of the castle complex, but tourists can also enjoy their first view of the city from here before heading up to the overlooks on the Rock.

The magnificent Gibraltar Botanic Gardens are located at the southern end of Main Street. These tranquil subtropical gardens were created in 1816 for soldiers stationed in Gibraltar, and as a result, they contain various military monuments among their densely packed six hectares of foliage. Visitors can take guided tours or visit the small Alameda Wildlife Park to witness native and exotic species in the park’s conservation program, in addition to meandering through the gardens.

Tunnels from WWII and the Great Siege Tunnels

Gibraltar is covered in military fortifications from the past few centuries since it has long functioned as a crucial military stronghold for the United Kingdom. However, the peninsula’s military improvements included about 55 kilometers (34 miles) of tunnels, some of which tourists can visit and explore.

The World War II Tunnels and the Great Siege Tunnels (constructed between 1779 and 1783 to defend against France and Spain) are two public attractions near the northern end of the Gibraltar Nature Reserve. Visitors can learn about the history of the tunnels, how they were used, and what it was like to live down there in each one.

The Cave of Saint Michael

You only have to go to Saint Michael’s Cave to see that the Gibraltar Nature Reserve’s attractions aren’t all about military history and perspectives. The cave, which is located a short distance south of the cable car station, is filled with stalagmites and stalactites. Besides, they have been beautifully illuminated to accentuate their features. Saint Michael’s Cave isn’t Gibraltar’s only cave, but it’s easily the most stunning, thanks to its Cathedral Cave, which currently serves as an amphitheater.

The best way to get there

It is common to go by car to Gibraltar, which is located in the south of the Iberian Peninsula. Near to La Linea de la Concepción (Cádiz). It is possible to cross the border by car or on foot. If you want to avoid the lines, leaving your car in the outer parking lot before passing through the police checkpoint is a good idea. Then, with your  passport in hand, step through the door and you’re good to go.

If you travel to Gibraltar by car, we recommend parking and getting around on foot or by public transportation. In that case, you can park your car in one of two free parking lots. One in the plaza where the funicular is located, and one in Catalan Bay.

Another option is to fly or take a ferry from Algeciras or Morocco. And you’ll be doing it at one of the world’s strangest airports. This runway runs parallel to an avenue. Therefore, depending on the time of day, you may see planes, cars, or pedestrians.

After spending your day in  Gibraltar, make sure you visit the rest of Cadiz and enjoy its beautiful landscapes and gastronomy.

For more information, experiences , or tailor made trips don’t hesitate to get in touch with us in our website or write us at info@alsherry.com. We will be delighted make plans with you or for you!