Andalusia is one of the most significant wine-producing regions in Spain. Since, it has 7 wines with designation of origin

Besides, Andalusia is Spain’s southwestern wine area and home to Sherry, the world’s most famous fortified wine. Andalusia’s wine area is perfect for viticulture and winemaking. Due to its Mediterranean environment and mild average temperature.  People all around the world know the region for its delectable Jerez Sherry wines and Montilla – Moriles wines.

It has a thousand-year-old tradition of vine cultivation. That implies that  people treat the production of wine more as atradition rather than a business.

If you are a true wine connoisseur, we propose that you read this post. So, you can find the best wines of Andalusia for yourself.

Andalusia now has seven wines protected by Designations of Origin. As well as one flavored wine, produced in five provinces. Five of Spain’s initial Denominations of Origin are among them. 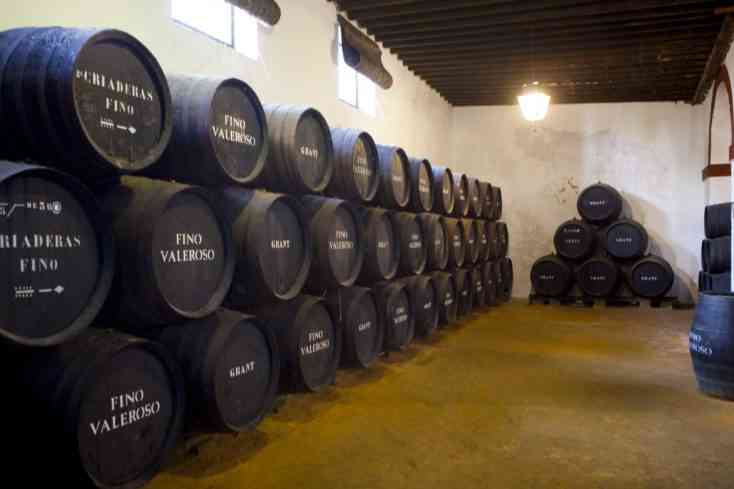 They are wines whose qualities are mostly or completely related to a specific  setting. Including both natural and human causes. The grapes used in its production come completely from the  area within which it must be produced.

When the harvest begins at the end of August and the beginning of September, the vineyards of Andalusia are busiest. People collect the grapes  just as they reach best maturity. Besides,the collecting happens from very early in the morning until lunchtime. Making sure of that the fruit is as fresh as possible when it arrives to the press. To avoid the development of bacteria, the grapes should be crushed within an hour.  Winneries then collect the new wines  to begin the maturing process.

All products covered by Andalusia’s several quality figures can apply to use the “Certified Quality” symbol on their labels. 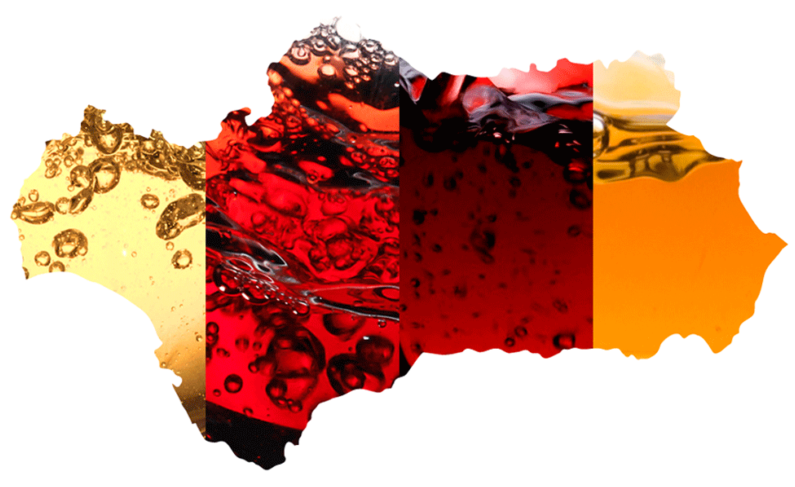 This regulatory council is the oldest in Spain. While the production area spreads over eight different municipalities in Cadiz and one in Seville. The maturing process is exclusively carried out in Jerez de la Frontera, El Puerto de Santa María and Sanlúcar de Barrameda. The grape varieties used for production include Palomino, Pedro Ximénez and Moscatel.

It creates natural sweet wines that are robust and full of alcohol.

People often think of Sherry wines as sweet dessert or culinary wines. This is a cliché, though, because Sherries come in a wide variety of shapes and sizes.

Furthermore, some of the most important winneries that produce this type of wine are: Gonzalez-Byass, Gutiérrez Colosía, Lustau or Tío Pepe.

Although the production zone and grape varieties are the same as those of Sherry, the maturing process is limited to Sanlúcar. The special microclimatic conditions of the town, which is located next to the mouth of the river Guadalquivir and just a stone’s throw from Doñana, give the wines, matured under the velo de flor yeast, special characteristics which differentiate them from Sherry.

It produces a wide range of wines, including the Amontillado Principe.

Furthermore, some of the most important winneries that produce this type of wine are Barbadillo, Barón, La Guita or Hidalgo La Gitana.

The special combination of the albariza chalky soils of Cordoba’s southern plains, the climate. Which is characterised by long dry summers and short winters. And the Pedro Ximénez grapes (which give their name to the most famous wine of the Denomination) makes these wines so unusual and unique. The wines are aged under velo de flor using the traditional criaderas and soleras sytem.

Furthermore, some of the most important winneries that produce this type of wine are Luque, Toro Albalá, Alvear and Cruz Conde.

This designation encompasses a large region in the province of Huelva’s southeast, near the Doñana Nature Park’s surrounds. The Zalema grape is the most frequent kind of grape grown in the vineyards. They are located on flat or somewhat hilly ground.

Moreover, the Regulatory Council only certifies wines under the Denomination of Origin “Condado de Huelva” (Huelva County) to those who apply the proper practices in handling the grapes, grape juice, and wine, as well as in fermentation control and the preservation and production process.

Besides, all of this is done while maintaining the traditional qualities of the County’s wines and with the ultimate goal of producing wines of the highest quality. This includes 17 localities with a total area of 6.000 hectares.  Among which the Condado Pálido and Condado Viejo wines are notable.

Furthermore, some of the most important winneries that produce this type of wine are Contreras Ruiz, Oliveros, Iglesias and Convento de Morañina.

People know this  Classic denomination for its sweet wines produced from Moscatel and Pedro Ximénez grapes. Besides, geographically the area takes the form of an inverted T. With vineyards situated along the coastline to both the east and west of the city of Malaga. Also, stretching inland towards the sierra.

Furthermore, some of the most important winneries that produce this type of wine are Cortijo la fuente, Bentomiz, Doña Felisa and José Molina.

It  associates with the Regulatory Council of the Malaga Denomination of Origin. Besides, this is the only Andalusian denomination which encompasses  reds and rosés produced from Romé, Cabernet Sauvignon, Merlot, Syrah and Tempranillo grapes, and whites from the Chardonnay, Macabeo and Sauvignon Blanc varieties, amongst others.

DO Wines of Granada

The production area of ​​Andalusian grapes and wines covered by the mention “Denomination of Origin Granada” includes the 174 municipalities of the province of Granada in its entirety. Coinciding with the provincial demarcation.  Beside, the temperature and fresh air currents of the Sierra Nevada produce a beneficial effect that predisposes the grapes to a greater development of polyphenols. That gives the wine a unique color and smoothness.

Furthermore, some of the most important winneries that produce this type of wine are Al Zagal, Calvente, Harapa and Jaraiz.

For more info and insights, get in touch with us here or write to us at info@alsherry.com and we’d be delighted to arrange / make plans with you or for you!